The History Of Reductil 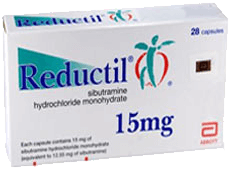 Bucket and other researchers discovered the original molecular “formula” for sibutramine in 1987; it was initially thought that this product could be put to effective use as an antidepressant.

This thought process would prove to be highly perceptive owing to the fact that it does increase serotonin levels, which are indeed conducive to mood elevation.

Boots of Nottingham UK first started to develop it and refine its structure ready for administration onto test subjects in 1988 – for the next two years it was put through rigorous field-testing. 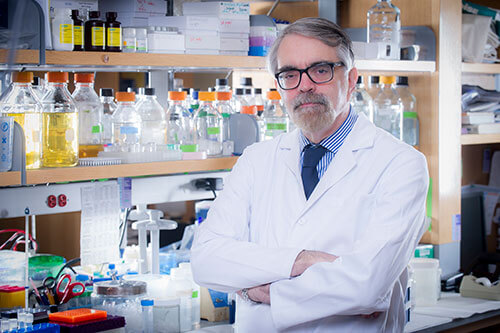 Results in regards to mood elevation were positive, but it wasn’t until 1990 – when a patent was filed by Kiyoharu Ukai and others making a significant note of its ability to positively impact cerebral function disorders – that the medical field started to appreciate that sibutramine was capable of more than the sum of its parts.

Regardless of this patent, sibutramine continued to be extensively tested and further developed over the next 5 years as an anti-depressant. What really stood out to many of the researchers at the time was that this drug didn’t lead to any fluctuation of mood as per normal antidepressant drugs.

The constantly elevated levels of serotonin present within the body with the use of this product led many to believe that it could be a near “perfect” means of controlling depression / integrating a constant influx of positive “mood” and “energy” in those who suffered from ailments that drained from their available stores of serotonin or of the regulation of its release.

After Knoll pharmaceuticals purchased Boots research division in 1995, they continued to perform tests and this is where it was through chance they discovered that obese patients using sibutramine were actually losing significant amounts of weight.

This is what ultimately led to it being administered to obese patients as a weight loss aid completely independently of its antidepressant properties. In fact, this latter use soon fell out of “fashion” for indiscernible reasons.

There appears to be no “official” record of the logic behind discontinuation of this drug’s use within an antidepressive setting. It genuinely proved to be effective within this field – some say that it may simply have been due to a lack of further research or solid evidence being correlated in a convincing enough fashion.

The testing reports, for instance, were never officially published, which will doubtlessly have harmed its “legitimacy.”

The “official” circulation of sibutramine for weight loss purposes began in 1997, when the FDA condoned its use for those who were deemed to be clinically obese as a weight loss aid.

In many ways, it was this “official” condolence that helped to pave the way for popular procedures in the modern day, like the fitting of a gastric band. This was the first time that the obese populace had been provided with a fairly “tame” (or so the medical field thought at the time) means of controlling body fat levels.

Knoll Pharma, under the names Reductil and Meridia, distributed this “cure” – these “common” names became the most well-known commercial names for sibutramine.

It saw widespread use as a reportedly “safe” weight loss aid until January 2003, when a huge “Sibutramine Cardiovascular Outcomes” study was performed and lasted until November 2005.

10,742 patients were examined throughout this period, and the end outcome was that sibutramine had a 1.16 risk ratio in regards to producing adverse issues relating to cardiovascular / arterial function.

This risk ratio was deemed to be far too high for reductil distribution to continue for the purpose of combating obesity. As such, Knoll and all other major manufacturers completely pulled it from the market and it was resigned to drug “purgatory” (for testing purposes only, if ever at all) thereafter.

Interestingly (and rather fairly) it was pointed out by David Haslam, the chairman of the National Obesity Forum, that the studies performed on reductil as part of the “SCOUT” procedure were all biased as they were carried out on patients with medical predispositions relating specifically to the potential adverse issues on offer with reductil use.

This would by default mean that side effects were almost guaranteed to occur at regular intervals during the trials. It’s not sure whether or not this seemingly biased form of testing was intentionally deployed, but it certainly achieved a negative result for the distribution of this product.

It’s quite strange that reductil would see such widespread criticism yet other medications, especially thyroid hormones, were not scrutinised for their potentially adverse effects on the body in the process.

T3 is arguably far more dangerous in regards to adverse issues arising in users than reductil is – the difference being that both medications were deployed for completely different purposes.

Still, that one would continue to see widespread distribution and the other wouldn’t is somewhat of a contradiction of interests.

It would perhaps prove wise to review sibutramine’s safety under controlled means (where all patients were “neutral” and did not suffer from any existing contraindications relating to the adverse issues of sibutramine, to begin with…)

Until that day though, the only means of acquiring this product is going to be via UGL’s (UnderGround Laboratories.)